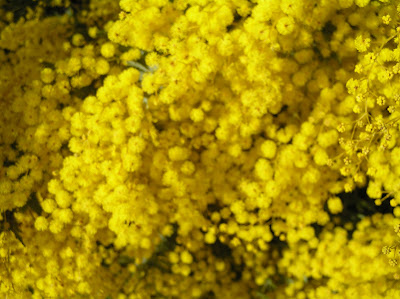 Yesterday, after reading some of your responses, I thought I should do a little research into "wattle".

Like most of you I have heard the term " wattle and daub" and knew it was a term for a particular style of building technique . 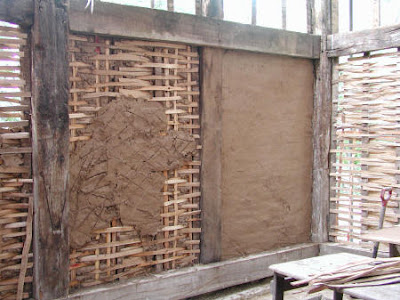 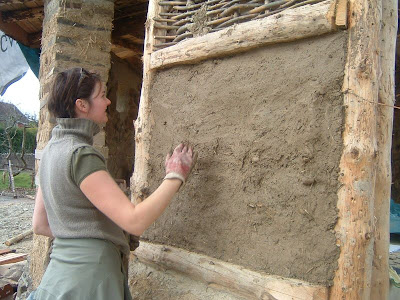 I've never thought much more about it.
I also knew that the plant we call "wattle " has a proper botanical name and that is "Acacia". There are hundreds of plants in the genus Acacia with a large number of them only found in Australia but Acacias can be found in many parts of the world like Europe and Africa.

The Australian bush is full of all sorts of different wattles.

The next step in my research was to check the dictionary and this is what I found:

wat·tle (wät′'l) noun
1. a sort of woven work made of sticks intertwined with twigs or branches, used for walls, fences, and roofs 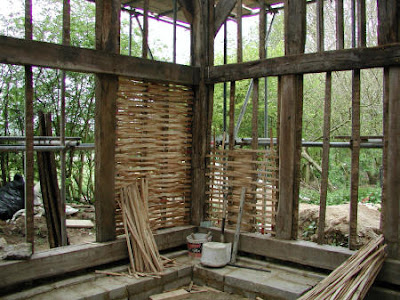 3. rods or poles used as the support of a thatched roof

4. Austral. any of various acacias: the flexible branches were much used by early settlers for making wattles

Of course there were other meanings to do with turkeys too !!

Acacias are commonly known as " wattles " in Australia. The old Anglo-Saxon word 'wattle' comes from the quick and handy house construction method of the early English settlers.

Branches and saplings were cut and woven onto wooden frames to create panels called wattles. This wattle-work was then daubed with mud and dung to fill the gaps. A hut could be built in a day and dried out that night by burning a fire inside. Wattle-and-daub huts were common in the early days of settlement in Australia. Various types of acacias were ideal for this work because the plants were plentiful and their cut stems were so flexible. These wattle and daub huts were built by the early settlers of Australia. 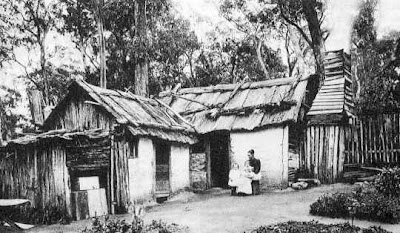 Very basic, I'm afraid, not nearly as grand and comfortable as those built from wattle and daub that you see in the UK these days and I'm afraid they have not stood the test of time in our harsh environment and are no longer there for us to see. ( probably something to do with our termite population !)
So there you have it .
We call them Wattle Trees.
The rest of the world calls them Acacias.
To many of us they are the real symbol of Australia. 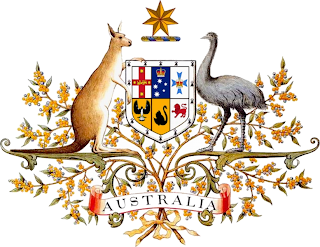 Oh, and there it is on the Australian Coat of Arms
Cheers.
Posted by Helsie at 8:28 PM