Have you ever heard of Flyball ?

It's a sport for dogs ! A team sport at that! and it is played by dogs and their owners all over the world. ( On a recent visit to Scotland Sally was a welcome visitor to a club there.)

Now I don't know that the dogs actually comprehend that they are playing in a team
but their owners train them to compete in a team relay race jumping over small jumps to fetch a ball then racing back to their owner.
Then the next dog has a go - and it's all against another team and timed to precision too. 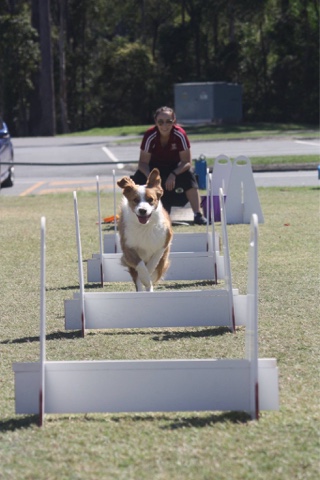 You can see by the expression on the dog's face that they absolutely love it. 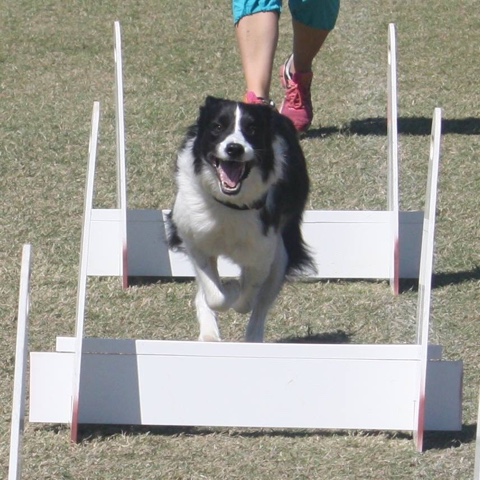 When they get over the jumps there is a "box" - a spring loaded contraption which has four places where a ball can be loaded. ( it depends which way the dog likes to turn )

When the dog hits the bottom plate of the box  ( and they do this with considerable force depending how fast they  are running ) the ball pops out and the dog catches it then turns and runs back to their owner over the jumps once again. 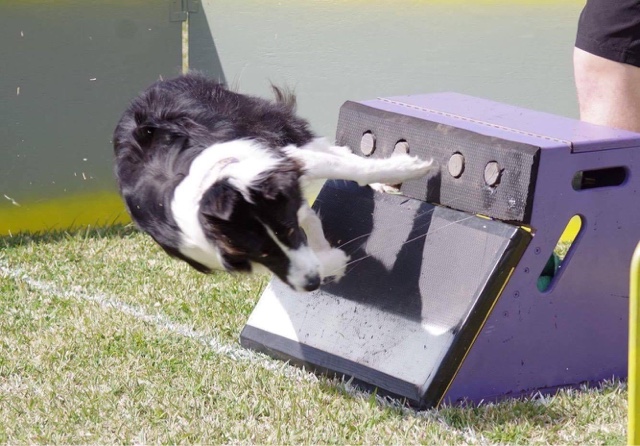 This is Sally's Scout in action. She is super fast ! 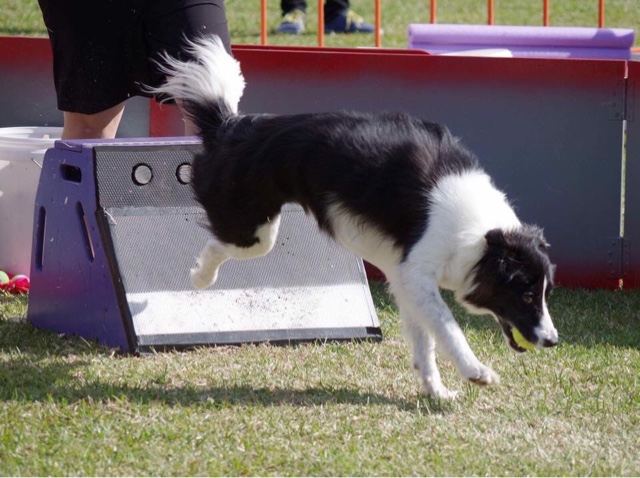 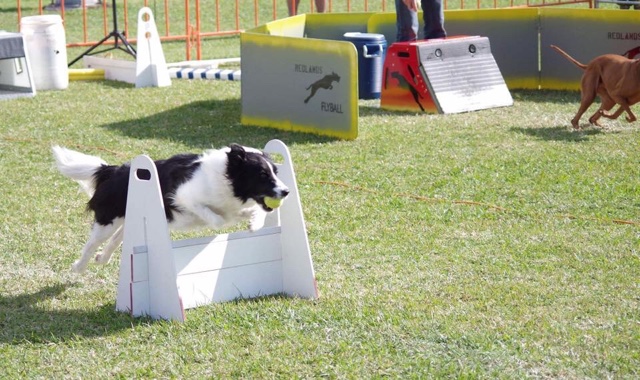 As you can imagine the noise is terrific as the dogs and owners are very excited and calling out. 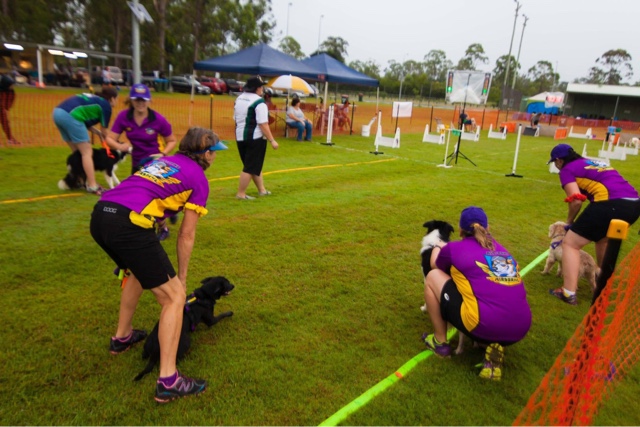 All types of dogs can play - Jack Russels, Border Collies, Poodles, Labradors all in the same team.

The height of the jumps is decided by the size of the smallest dog.

Two teams compete against eachother and the start is a bit like Drag Racing for cars with a moving light that starts at the top and moves downward till it goes green. ( you can see it in the picture above on the starting line showing green between the two teams.
As each dog has its turn the owner moves it into position and tries to time the release so that the dogs cross on the line. 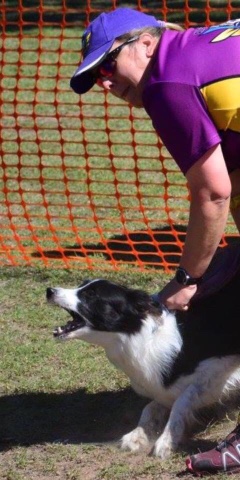 Scout gets so excited it is all Sally can do to hold her back till its her turn !

When the dog has run its race it drops the ball in exchange for a Frisbee or some other reward toy and the owner plays tug with it.

Everyone is smiling, dogs and owners alike . Often dogs get distracted and make mistakes.
Everyone laughs !
Have another try Scout , Rosie, Clancy !
A little more training needed on the turn, helpers line up along the edge of the jumps to guide a wayward dog back down the line.
Smiles and encouragement all round.

You can watch a Fly Ball race here

Not all dogs are speedsters like the Border collies.
The Labs do it all calmly at their own speed,
the Blue Heelers are business-like,
the Poodles bounce
but the thing they have in common is they have FUN ! 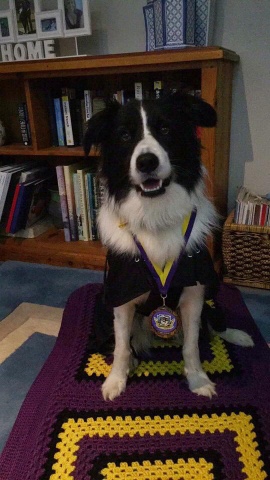 It's nice to be back Blogging. Hope I can find more things to  write about in the future.