TIME FOR A DAY OUT - AUTUMN IN BRISBANE

Here in sunny Brisbane we've suddenly been plunged into Autumn.
Autumn Brissy style that is !
Warm, sunny days that hover around 24 degrees C
and cool nights that plunge down to 12 degrees C !
Lovely !

There is a new river walkway that has not long been opened to the public.
It's a brand new structure to replace the multi-million dollar one that was swept away in the terrible floods of 2011. With other more important things to repair and much thought about replacing the old one with a much more robust construction, it has taken some time but it has finally been finished.

On Sunday we decided to inspect it ourselves for the first time.

To get to our starting point we caught the City Cat river ferry from the University and rode it right past South Bank and the city, under the Story Bridge and alighted not far from the beginning of the walkway. 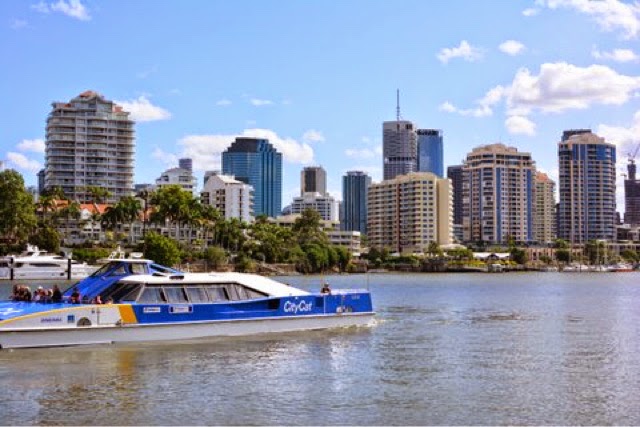 The plan then was to walk back under the bridge towards the city  - about 4 kilometres. 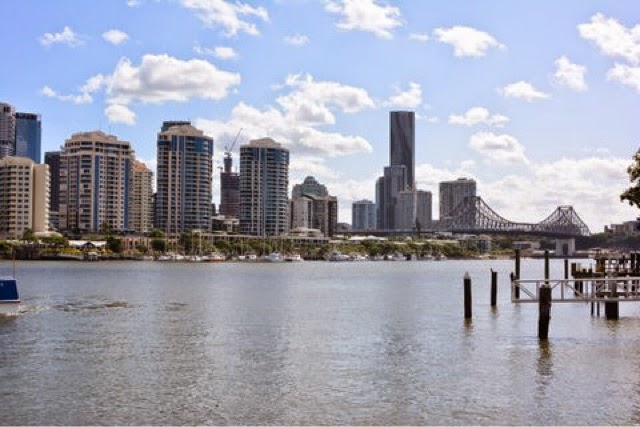 Not far from the newly constructed ferry terminal ( they were all damaged by the floods too !) we joined the pathway that leads to the river walk. These paths are shared with bike riders so you need to keep your wits about you and listen for their approach from behind and keep over to the left as much as possible. 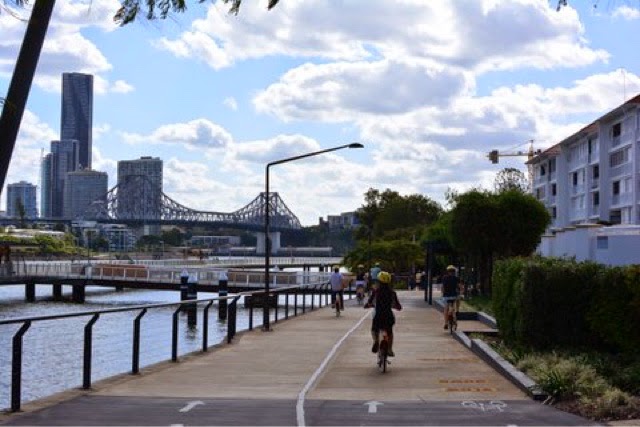 You can see the beginning of the walkway ahead as it swings out into the river.


There are designated sections for walkers and bike riders clearly defined. 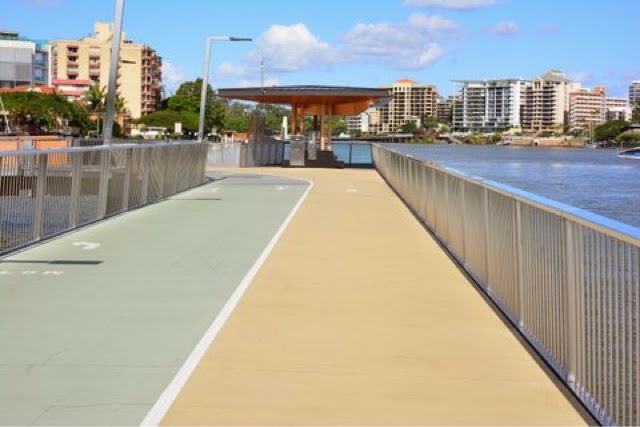 The walkway has to swing out into the river as houses are built right on the water's edge and many have little jetties for their boats . 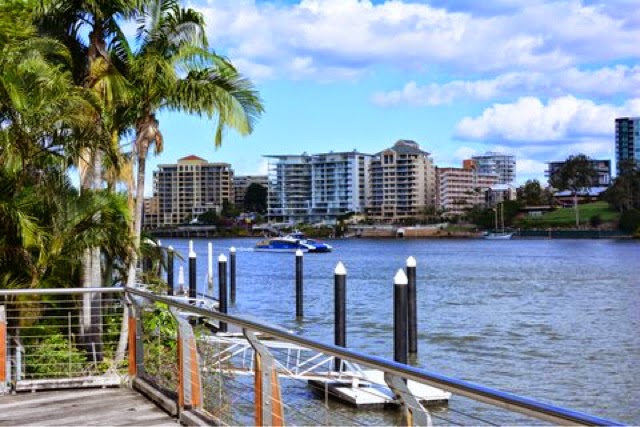 Of course, because it is so close to the city it is a very popular area for multi-storey unit living..... 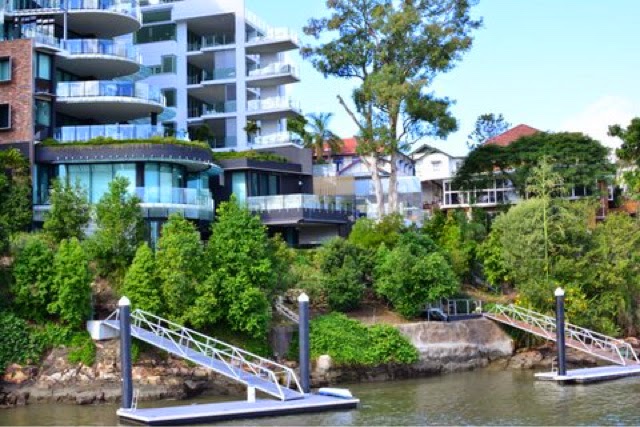 and look at this lovely colonial design house. Isn't it lovely? 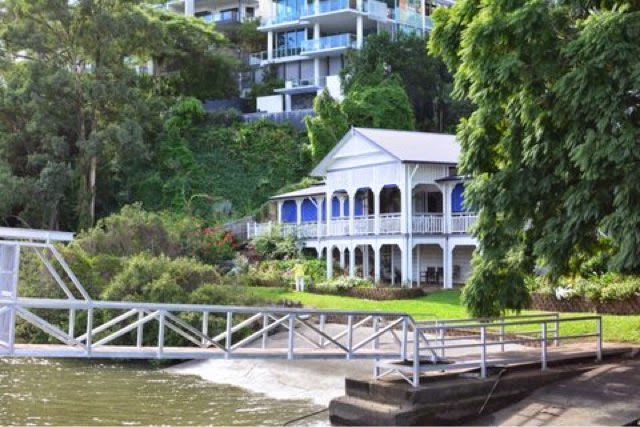 But oh so close to that dangerous river! I don't know how it went in the floods but it can't have escaped I have to think. 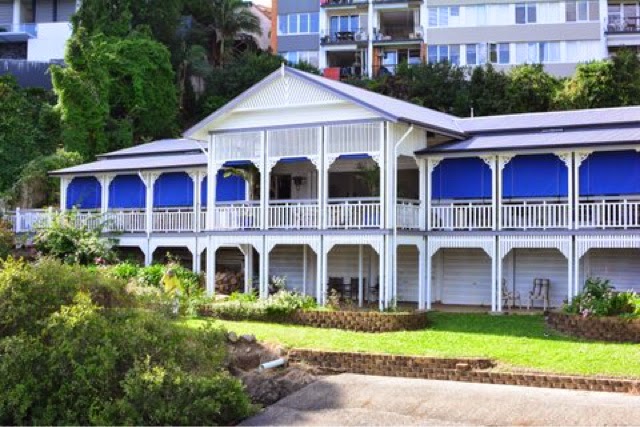 We are nearly at the end of the walkway now. Looking back you can see how it zigzags along. 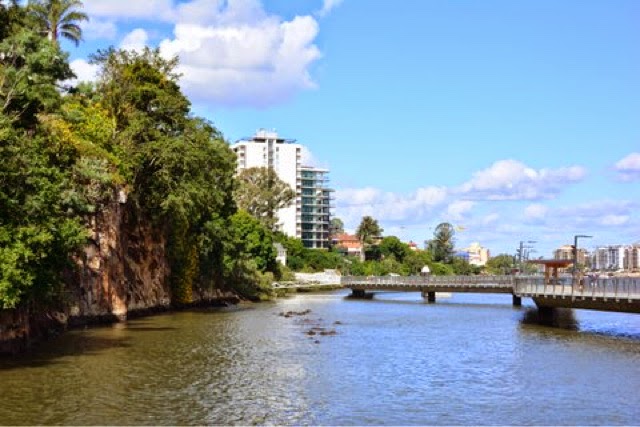 On Sunday it wasn't too hot - about 24 degrees - but in Summer it would be pretty hot walking as there are only small patches of shade every now and then.( You can see one on the bend ) 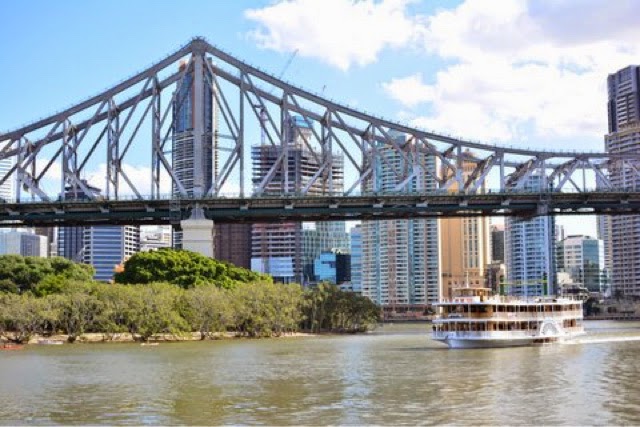 It wasn't long before we left the walkway and walked on past very old, disused wharves........ 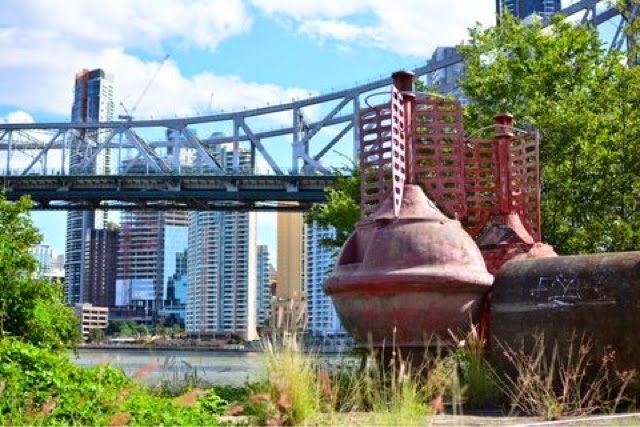 then under the bridge itself. 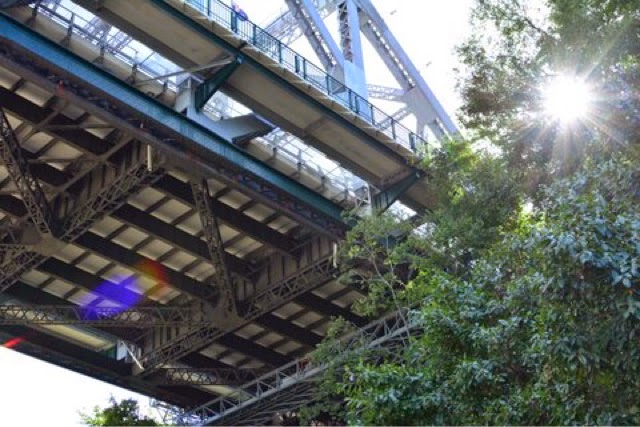 On the other side of the bridge we joined another section of walkway that snakes along the river bank towards the city flanked by lovely high -rise apartments and swish hotels. It wasn't long before we were seated in a nice coffee shop gazing back at the way we had come.
You can see the old wharves running along under the bridge. They are probably heritage listed and seem to withstand the floods without being washed away. 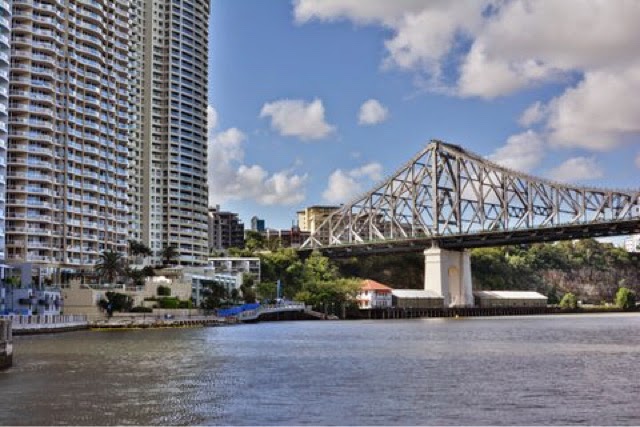 Then it was time to hop back on the ferry and head for home.
Autumn is lovely in Brisbane !
Cheers!
Posted by Helsie at 6:15 AM 13 comments: