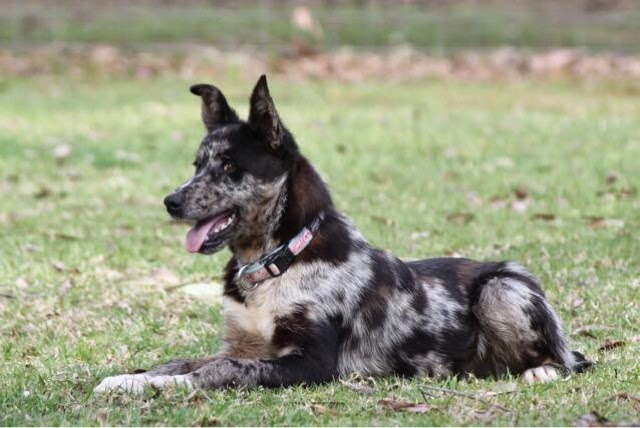 This is the breed that started me off on this exploration of Australian Working Dogs. I recently read about them and had previously never even heard of them let alone seen them - or recognised them anyway.
This may be because they look very much like a crossbreed combination of Cattle Dog and Border Collie and Kelpie which is how the new breed probably originated.  They are, however a recognised breed as in 2010, the Australian Koolie's own unique signature gene was discovered through ASAP laboratories in Victoria Australia, making them the first Australian breed recognised by their DNA before the controlling canine body of their home country.

There is a huge range of colours and coat types with both long and short coats, solid and colours mixed with white and the interesting " merle ". 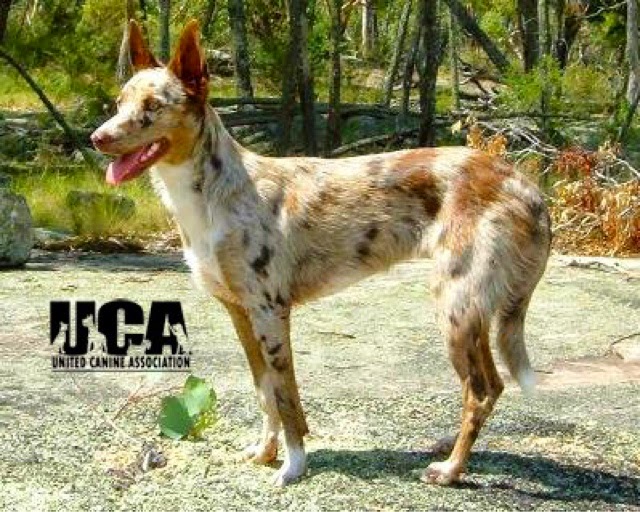 Merle is a pattern in a dog's coat that is commonly incorrectly referred to as a colour. The merle gene creates mottled patches of colour in a solid or speckled coat, blue or odd-coloured eyes and can affect skin pigment as well.
Health issues ( deafness and blindness) are more typical and more severe when two merles are bred together, so it is recommended that a merle be bred to a dog with a solid coat colour only. 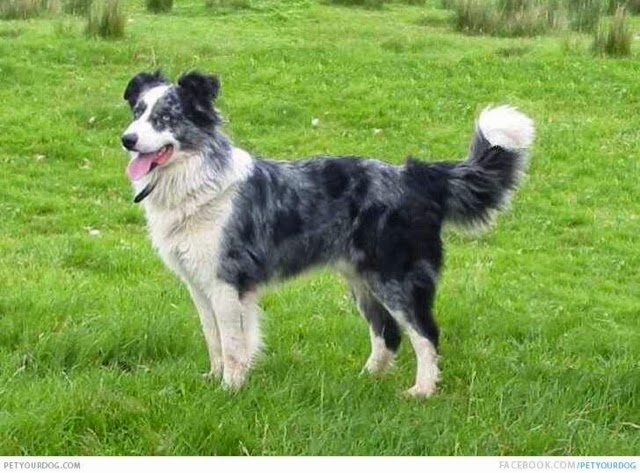 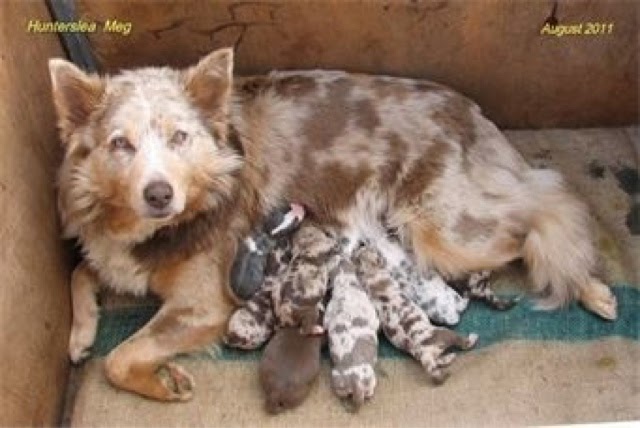 To quote from one of my sources:
﻿


"Koolies are much sought-after in rural Australia, and interest is now being shown in America, Canada, Germany, Finland, New Zealand, Switzerland and Holland.
According to Geoff Broughton, past president of the Koolie Club of Australia for 7 years, the Koolie will:
head (move to the front or head of the stock to push them back towards you),
heel or drive, (push the stock from behind),
cast (move out and around the stock),
block (hold the stock or block them from in front, in three sheep trials this action is called the pick up) and
back (literally jump onto the backs of their charges to herd them if necessary).
Koolies have a reputation for being upright workers with a good eye, who can easily shift their focus from holding the group to casting around a flock or gathering breakaways. They are not known for having "sticky eyes" (focusing on the sheep in front only).
Unlike other working breeds, which are noted for their crouched form or style and preference for either yard or field work, Koolies are known as silent, upright, working dogs.
Koolies are at ease working in closed surroundings such as yards or trucks and being out in paddocks and droving. 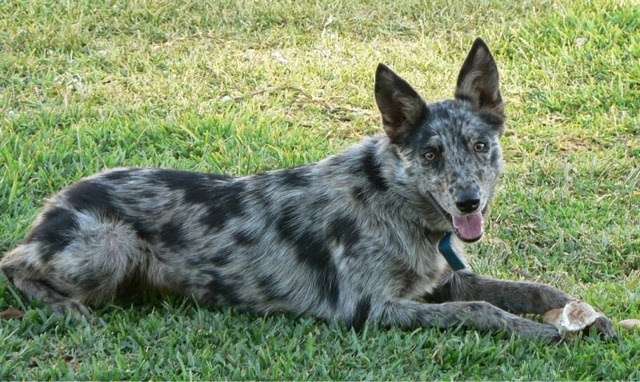 As well as working anything from ducks to bulls like all dogs of their kind they will herd family members and children in the absence of other charges.
Many farmers say these breeds are harder workers than many men. " 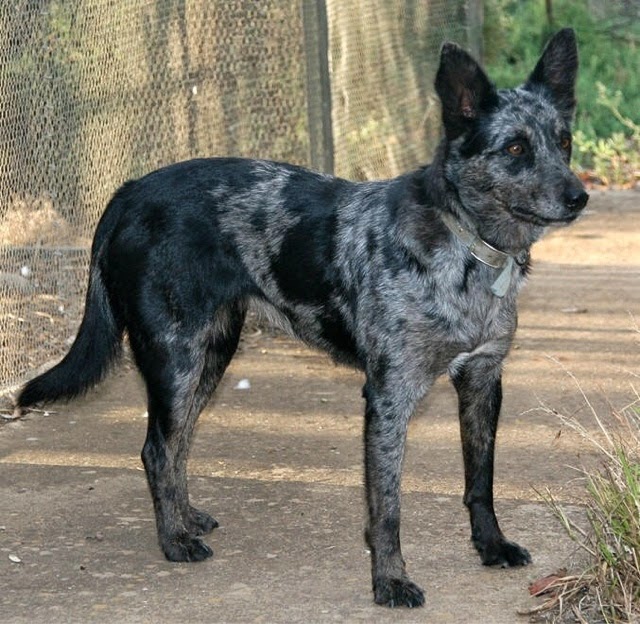 I 'll keep my eyes open now to see if I ever encounter a Koolie though I think they will be difficult to spot as they vary so much in appearance and are probably pretty rare in the city.

Of course the other breed of working dog found here in Australia is the wonderful Border Collie. 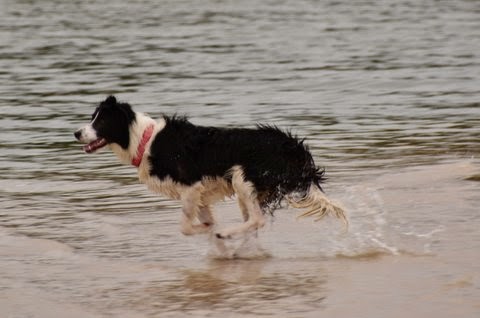 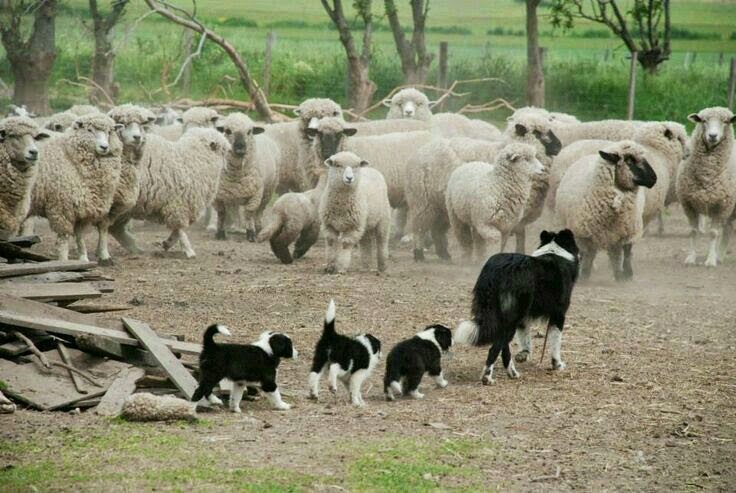 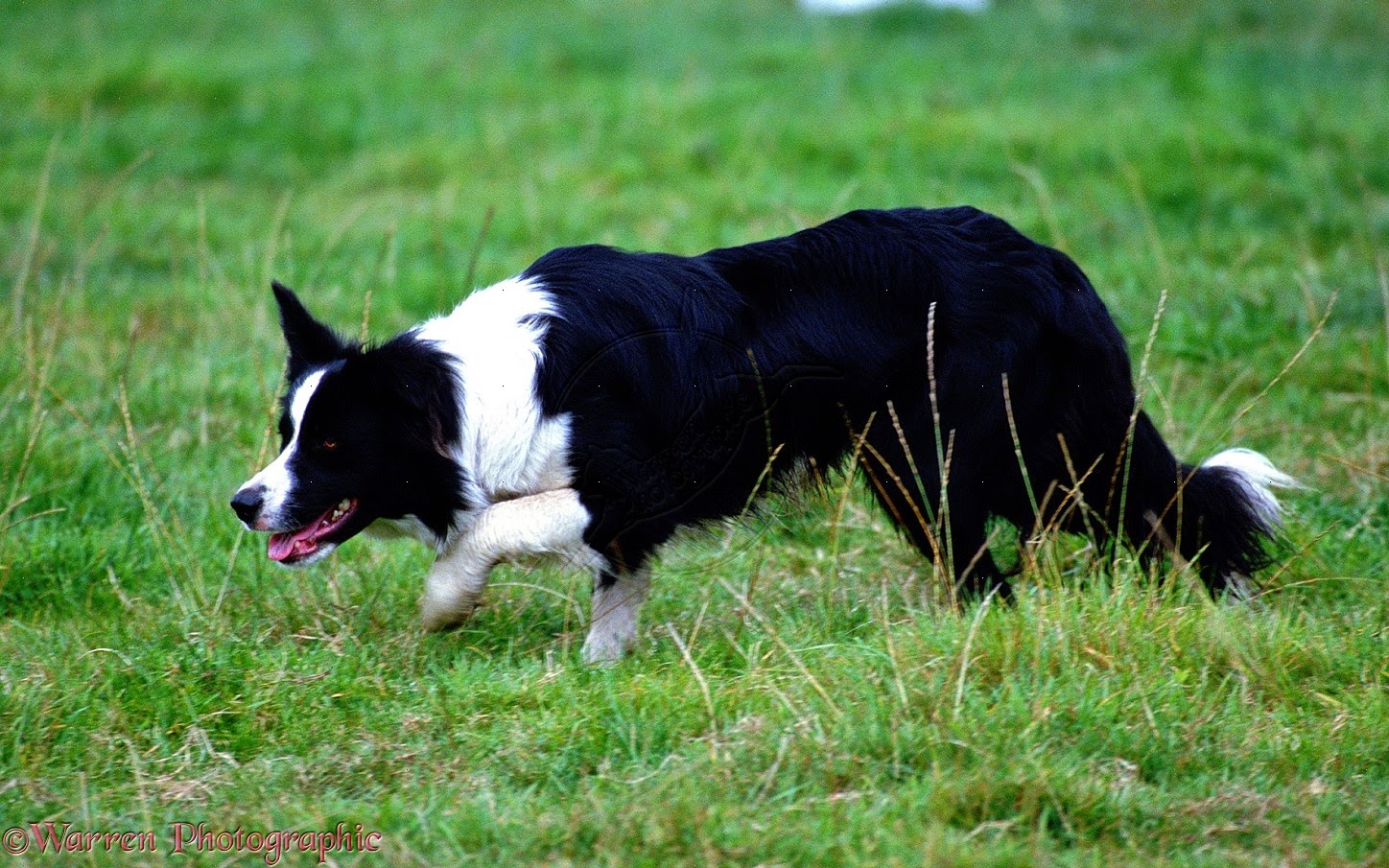 They are used mainly for sheep as wild cattle require a tougher dog. 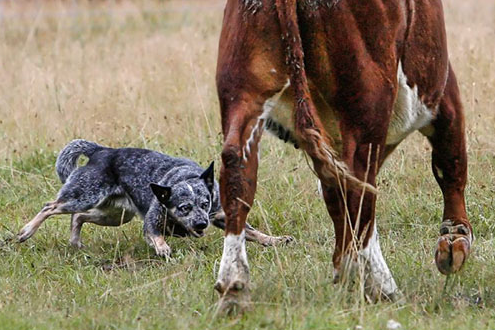